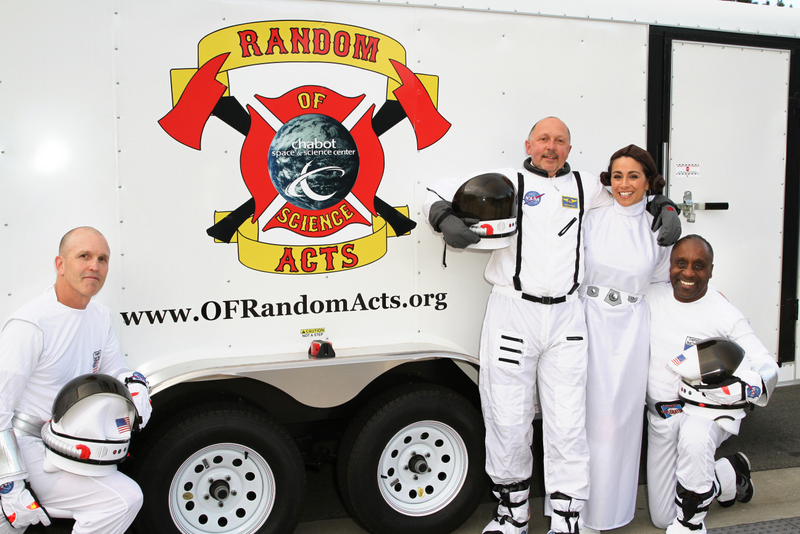 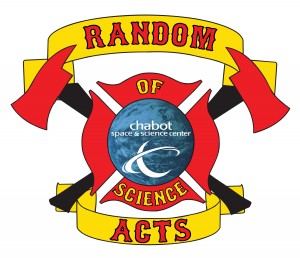 Random Acts of Science (“RAS”) is a new community outreach program that leverages the work of three organizations – Chabot Space & Science Center (“Chabot”), Eastbay Astronomical Society (“EAS”), and Oakland Firefighters Random Acts (“OFRA”).  RAS proposes to bring science and astronomy to under-served neighborhoods of Oakland through the use of mobile technology and equipment via traveling telescope, computer hookup, and a large portable “pop up” screen.  A portable production system is being created to bring the “Planets to the Playgrounds” with telescopes trained on the heavens, through cameras and video switching, projecting celestial images onto a giant inflatable movie screen, accompanied by a capable sound system.  Equipment and personnel can accommodate outdoor (or indoor) presentations up to around 400 people, but a typical sized group would be about 100.  Typically the outreaches would be arranged by OUSD school principals, civic organizations, social services organizations, or leaders in the faith community.  Combining the astronomy equipment arriving at an outreach with the excitement of a fire engine, along with the role model Firefighter personnel and astronomers, we and our partners strongly believe we have the recipe for a very impressionable community outreach program.

The goals and objectives of the Random Acts of Science program are to help to instill an interest in science and technology in young people who live in under served neighborhoods in Oakland.  Chabot Space & Science Center is a notable institution for its massive telescopes, but there are many members of our community (ESL immigrants and under served, living at the poverty level) that are intimidated by the facility and its location that seems far away to them.  It is viewed by some in Oakland under served communities as the Center “on the hill.”

The Random Acts of Science turns this challenge on its head and commits Chabot to bring telescopes and astronomy education to these families (with primary beneficiaries under served schoolchildren, community groups, seniors, and groups in the faith community) where they live and their children go to school.  We propose, literally, to meet them where they live, in a gesture of respect and embrace of their neighborhoods.  The psychological divide between members of these under served communities and a science center is a very real barrier, and a challenge shared by other institutions in our own city.  Random Acts of Science is meant to bridge this divide, in a way that many existing resources can be deployed and help to reverse the severe decline of science literacy in our region.  The end goal is that community members will feel welcome visiting the Chabot Space & Science Center, and, most importantly, allow their kids to participate in classes and after school programs, with the ultimate goal of increasing science literacy, which leads to college readiness and career choices.  Melissa Rosengard-Russo of the Chabot Space & Science Center contributed to the information provided here about the Random Acts of Science program that will be launched Summer 2014.

The 1st Random Acts of Science presentation was unveiled
at Franklin Elementary School on October 24, 2014 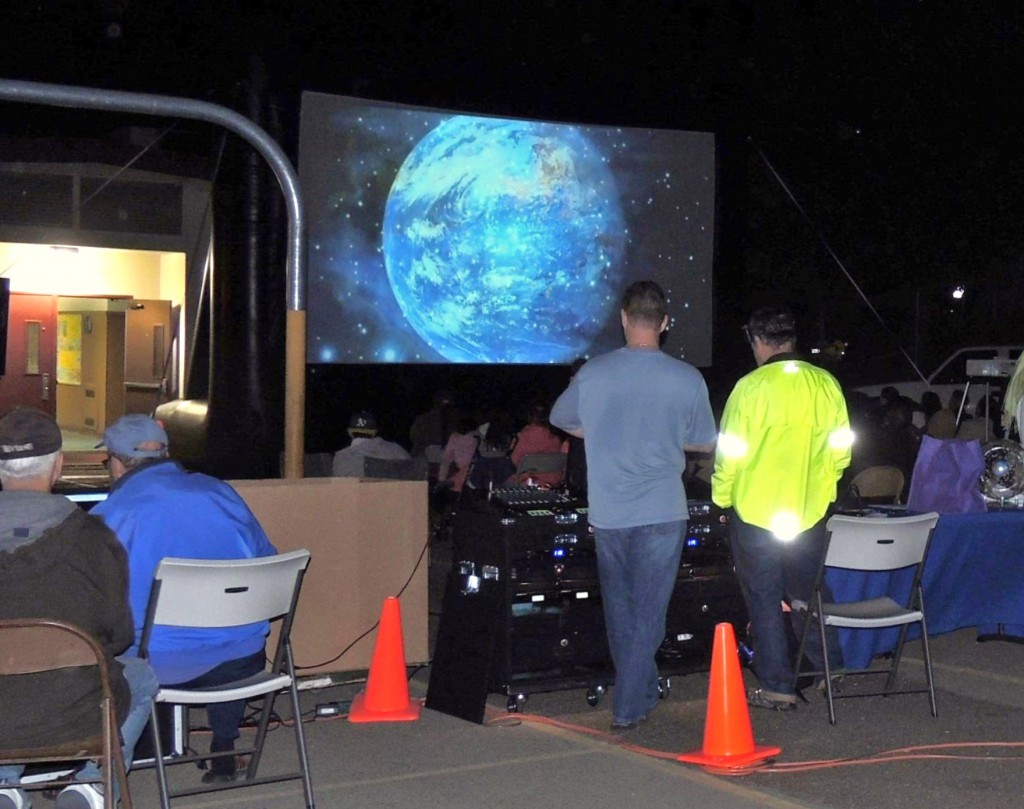 Watch this video of the 27′ screen inflating in 2 minutes:
https://www.youtube.com/watch?v=Jzulf2WfWYA

Watch this video from 50 Fund Playmaker:

3 Responses to Random Acts of Science