How Firefighters Can Make A Difference

A few years ago, I was invited to speak at a conference in California.  A young firefighter from the Oakland Fire Department picked me up at the airport.  He had around three years on the job and was brimming with enthusiasm for his newfound identity.  I asked him, “How do you like being a firefighter?”, and he responded without hesitation, “I love it”.

I asked him, “What do you like most about the job?” He had a ready answer. “Oakland is a busy fire department. We get to fight fires a lot and it’s great, it’s fun and rewarding, and a real rush.”  No surprises there. Firefighters love fires, especially when they are new on the job. But I pressed him further. “Sure, fighting fires is great. But is there anything else you especially like about the job?”

He thought for a moment.  Then his face brightened.  “We have this really cool program here,” he said.  “It’s called “Random Acts”.  If we see a problem or someone in need out in the community, we can put in a request through the organization to help them out”.

He went on to describe how the previous summer some firefighters went on a call for a person who was paralyzed. The man lived in a single room and the air conditioner was broken. The room was unbearably hot. So the firefighters put in a request to get the man a new air conditioner.

The foundation bought him one, and the firefighters got to give it to him. “It was so great seeing the look on his face that day,” the young firefighter said. “It made all the difference in the world to him.”

At that point, the firefighter dropped me off at my hotel and I did not see him again, but the conversation stuck with me. It occurred to me later that he had described two key aspects of successful team building.

The first is: Make sure people get the chance to do what they are supposed to do. You can’t fight a fire every day, and some departments have very few fires anymore. But firefighters are still the only ones who fight fire. It is imperative for them to feel competent and confident in their skills, and to use those skills in a meaningful way on a regular basis.

On a busier department, this means making sure some people don’t get lost out at the quieter stations. On a department with fewer fires, it means designing training that is creative and meaningful, and not just the same old thing done in the same old way, with people giving only half their attention to it.

Firefighters fight fire. It’s what they do, but the job is more than that, which leads to the young man’s second point. Firefighting was a rush, but he really remembered the look on that man’s face when he received the air conditioner. It was important to him that firefighters could make that kind of difference.

The motto of the Random Acts program is “No egos, badges or resumes.” Anyone, even a first-year firefighter, can recommend a citizen for assistance. If the request is granted, that person is part of the team that delivers the air conditioner, or the bicycle, or the new crib. There is real fulfillment for individuals being empowered in this way, and real gain for the fire department when individuals feel connected to their communities at a deeper level.

The best news is that these two critical ways of building teams and morale are available to anyone. You don’t have to be a chief or even an officer. Valuing skills and supporting one another in practicing them in a meaningful way are things that can happen at the shift level, within a station, or even between two firefighters who take the initiative to informally train on a piece of equipment.

As for connecting with the community, the needs there are so great that all eyes are required to clearly see how best the fire department can be utilized. And the most important part of the Random Acts model is that not only can anyone report an observed need, but that same person gets to go full circle and see that need fulfilled.

Too often, input and real participation from all members of the department is unwelcome, unused, or simply ignored. To provide all individuals the opportunity to really do the job and to see the results of their efforts on a large or small scale are key aspects of building an effective and satisfied team.

This article was originally posted Dec. 13, 2010. It has been updated. 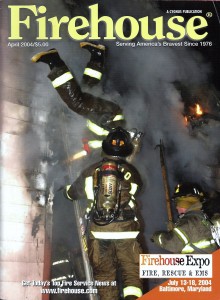 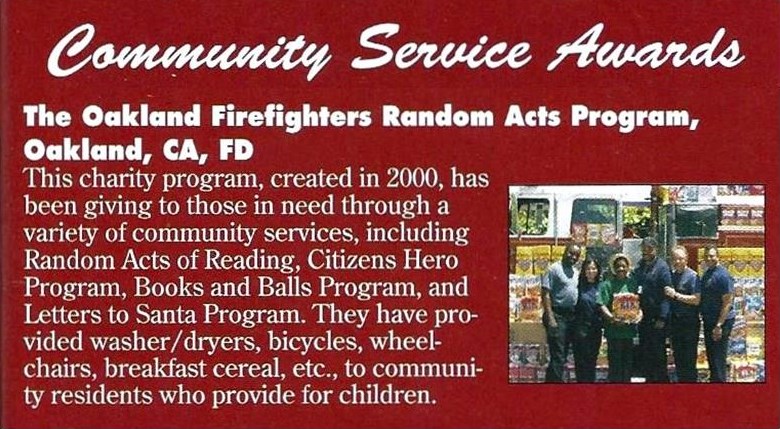 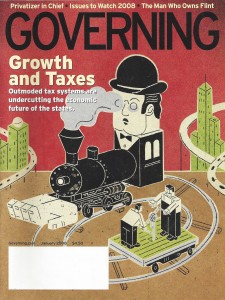 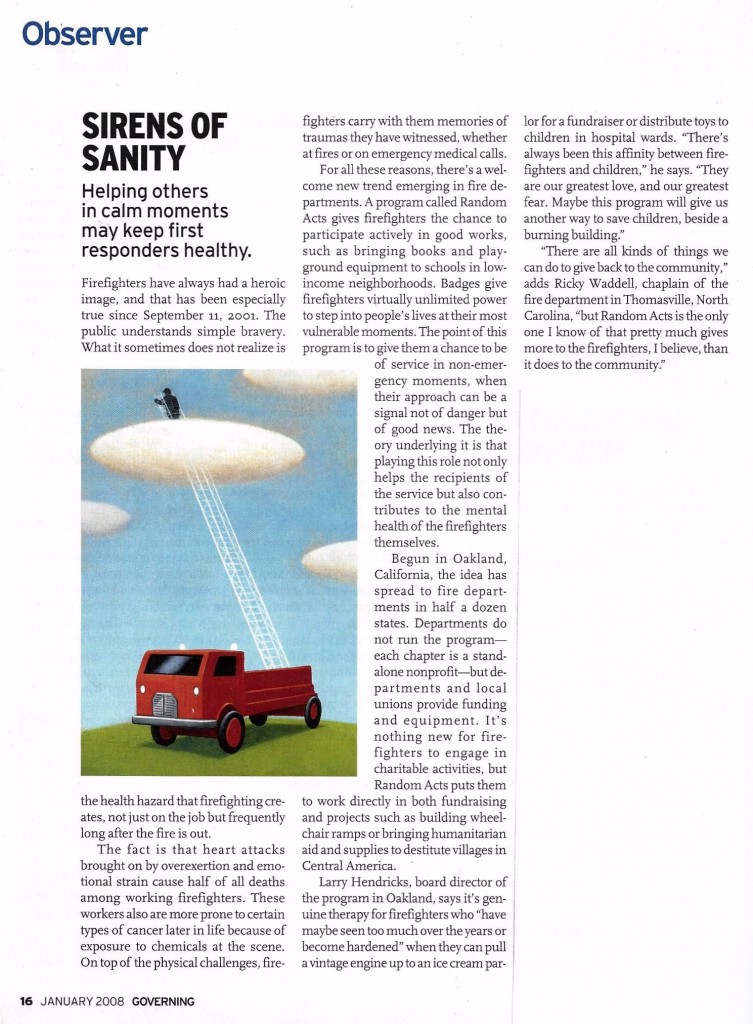 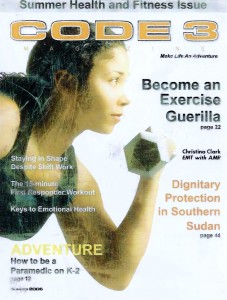 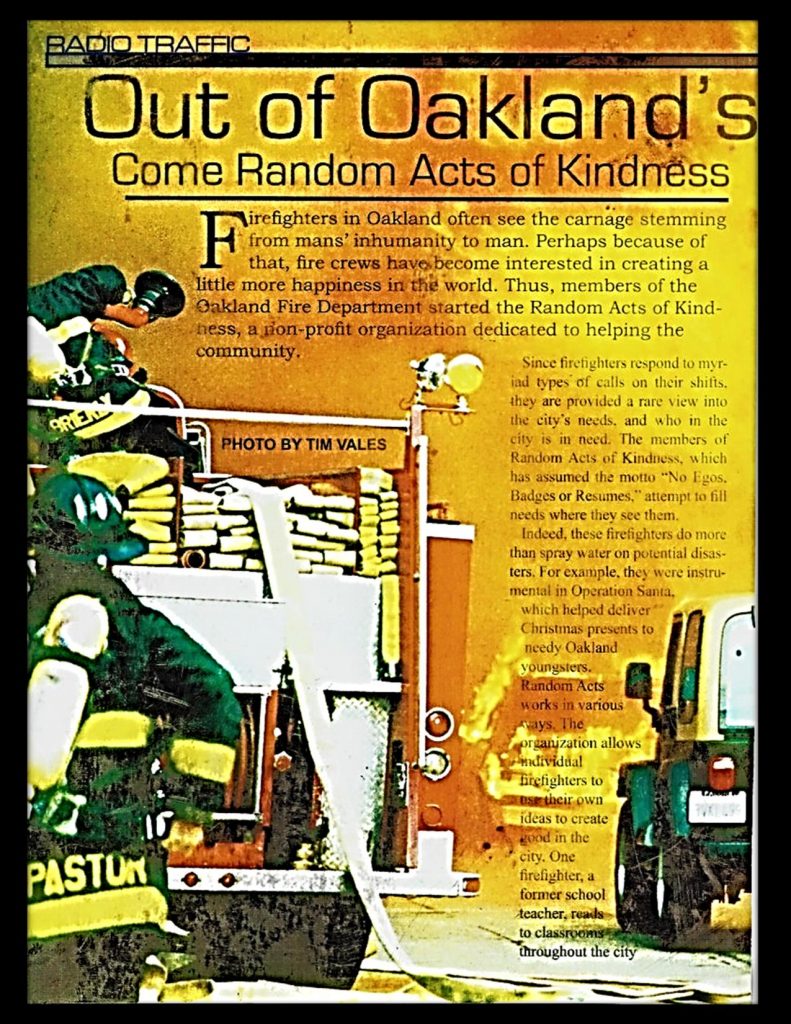 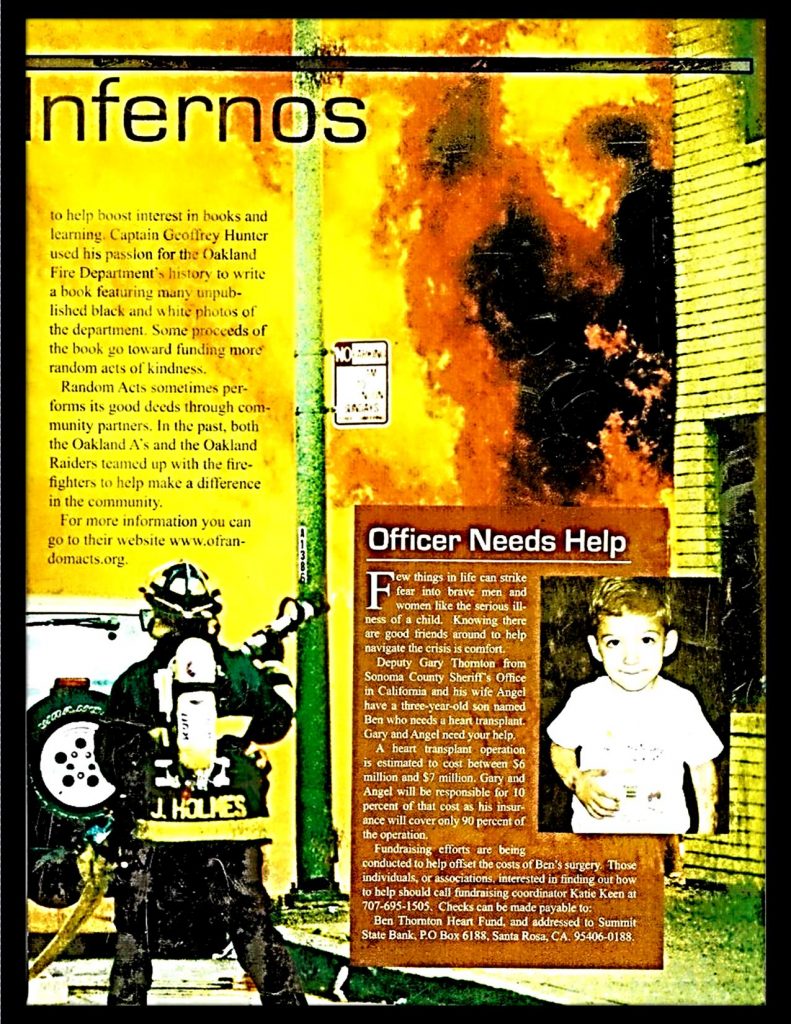 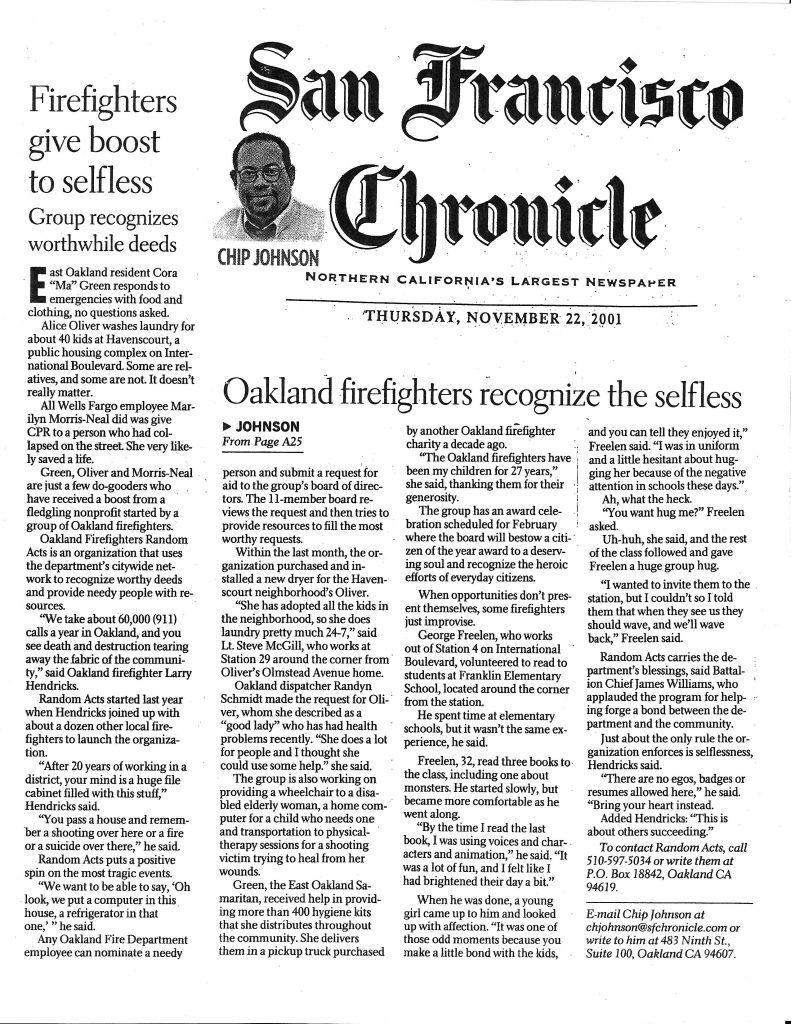 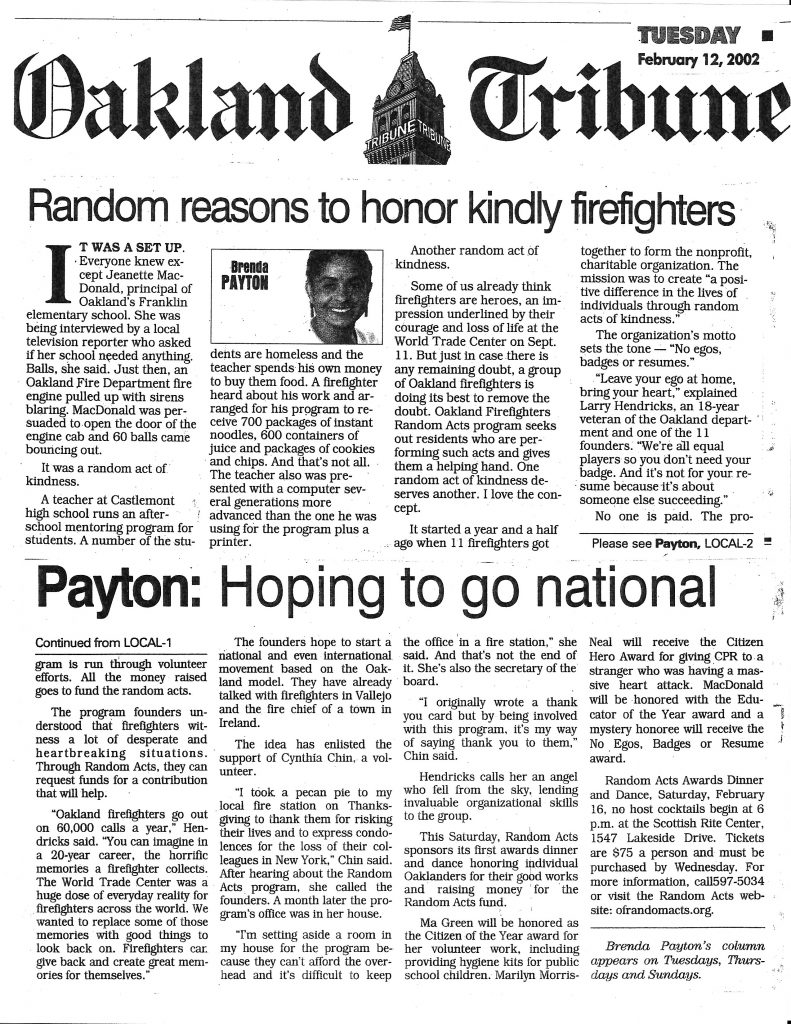