When Oakland Firefighters encounter a Citizen who goes above and beyond to lend assistance to help someone during an emergency, they may nominate the person for a Citizen Hero Award.  Below are some Citizen Heroes who were recognized for their Acts of Courage. 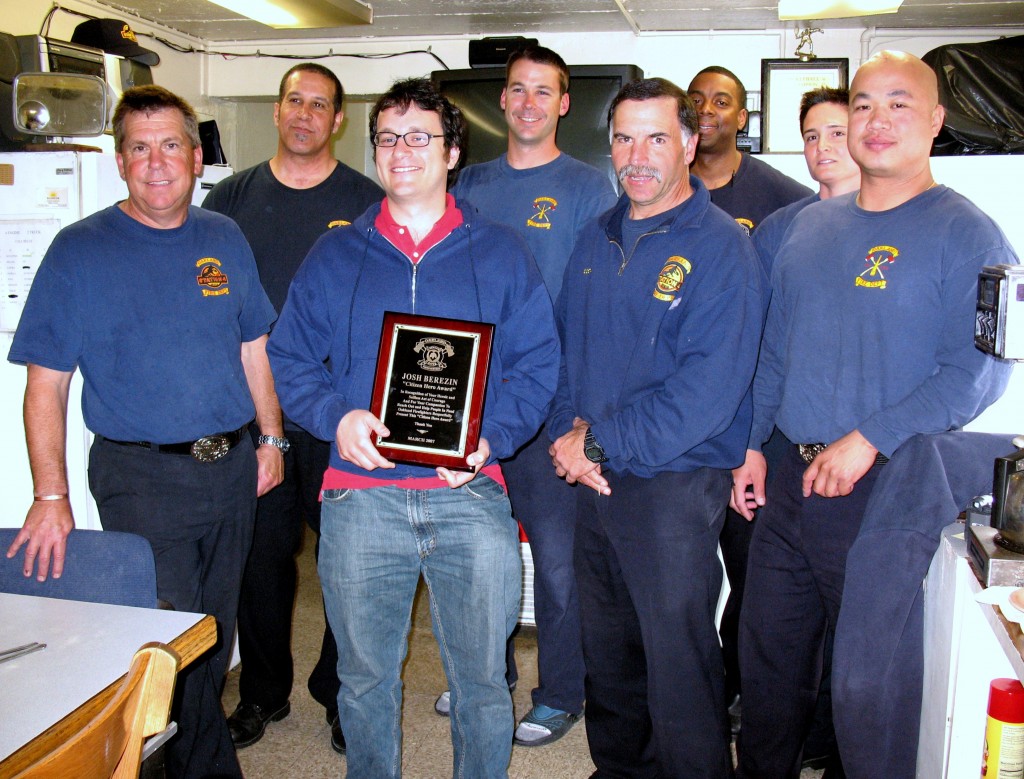 Josh Berezin was riding his bike down the street when a woman came running out of a house yelling for someone who knew CPR.  Josh had just had a class in CPR and went into the house with the woman to help.  The woman’s husband had just hung himself in an attic.  She had cut him down, and he was bleeding from the mouth.  Josh hesitated at first, but tried to give the man CPR to revive him to no avail.  Josh was recognized for his courageous attempt. 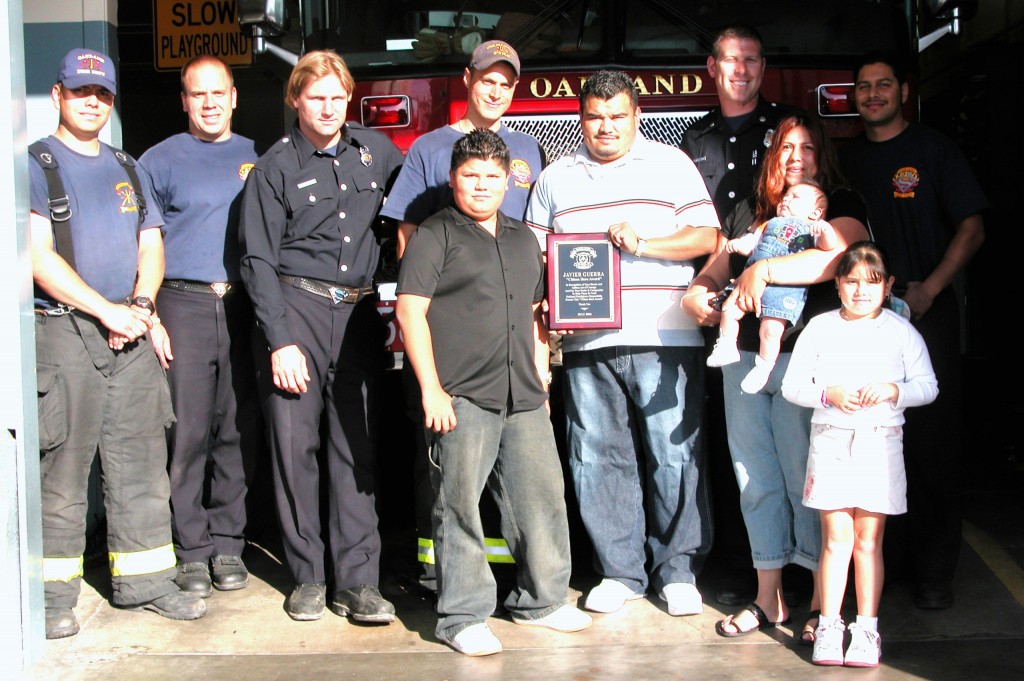 Javier Guerra rescued and helped evacuate a woman and two great-grandchildren from a house fire. 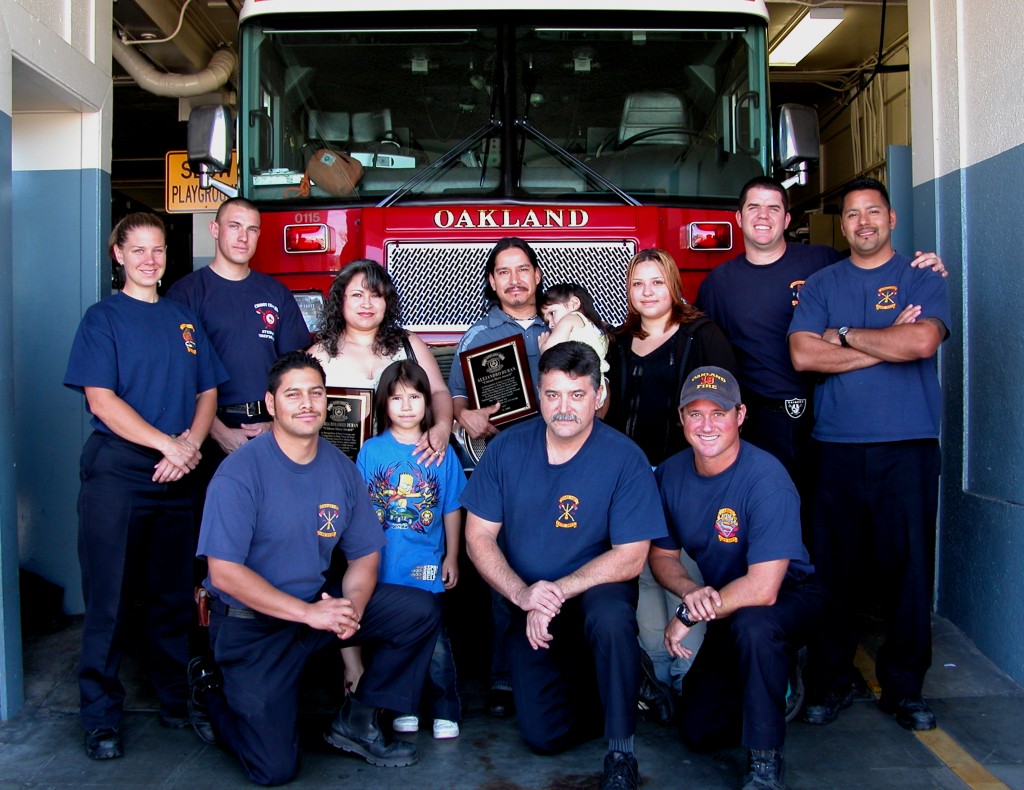 Alejandro and Maria Dolores Duran gave refuge to a man and baby from assailants who hit their car. 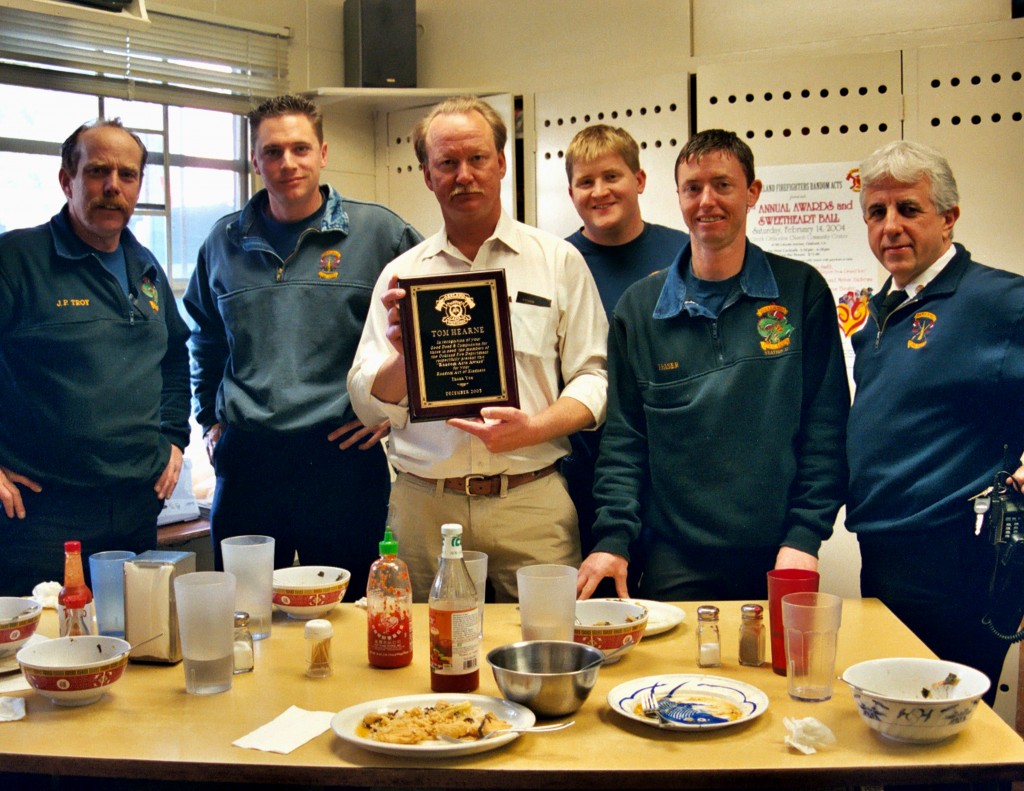 Thom Hearne had just finished his workout and exited the gym on 14th & Franklin in Oakland.  As he walked down the street he saw smoke coming out of a 2nd floor apartment window.  Thom and a UPS truck driver ran into the building to help evacuate tenants and rescued two children from a room. 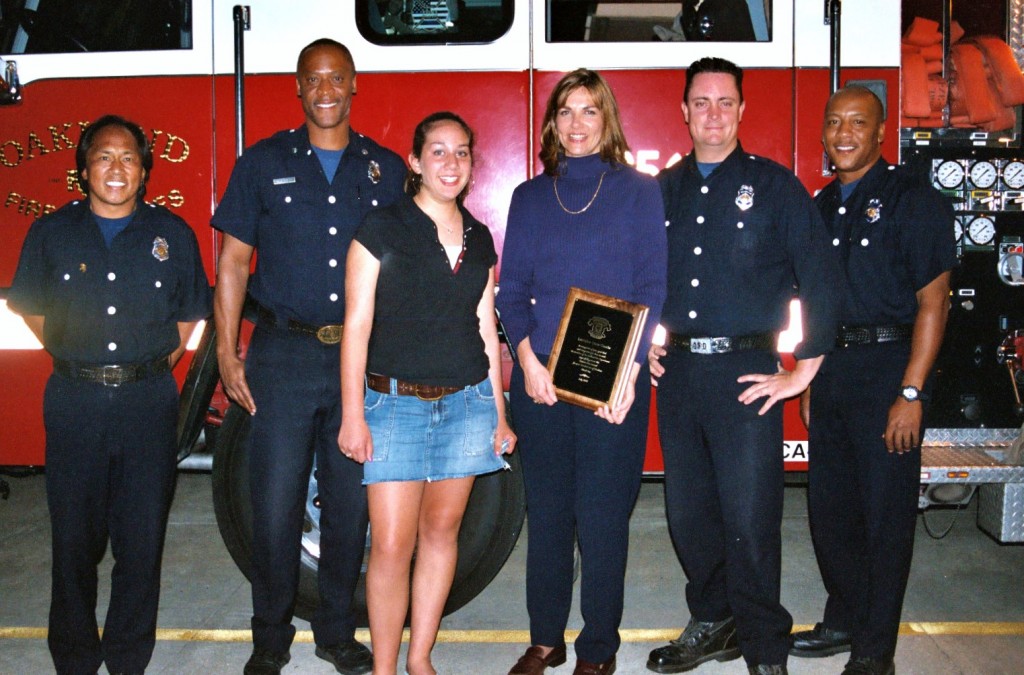 Nurse Laura Ours-Garcia aided an 80 year-old man who had a stroke on an airplane one hour out of Oakland headed to Hawaii.  She checked the man’s vitals and talked the pilot into turning the plane around to go back to Oakland. 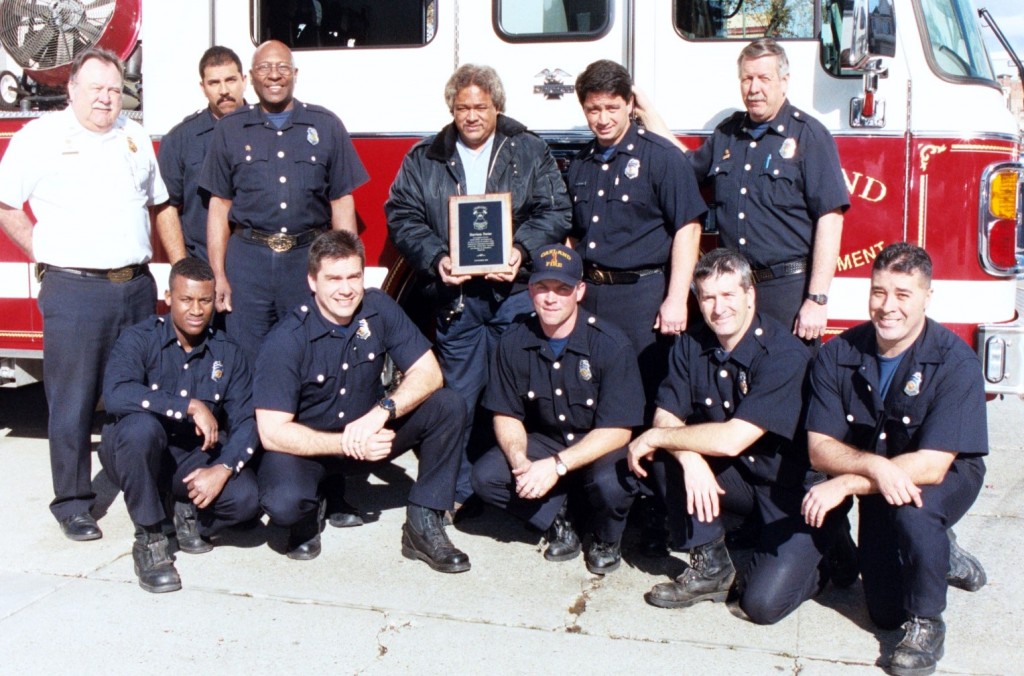 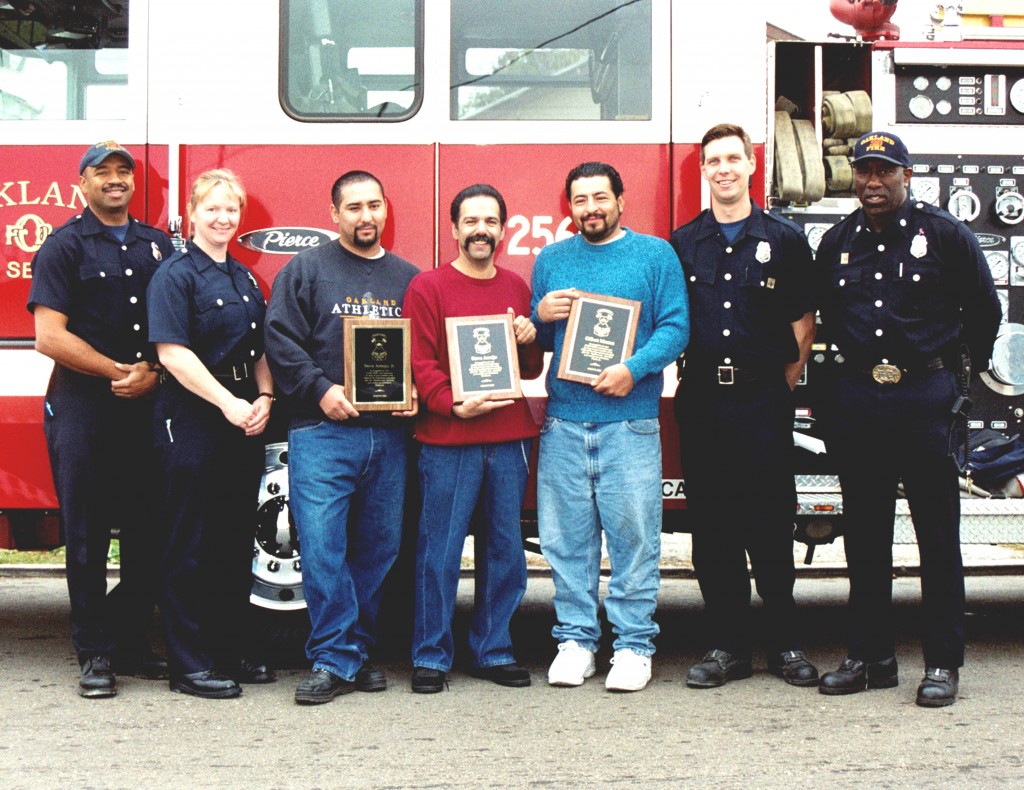 Steve Armijo Jr., Steve Armijo, and Gilbert Montez rescued an unconscious woman on a couch from a house fire. 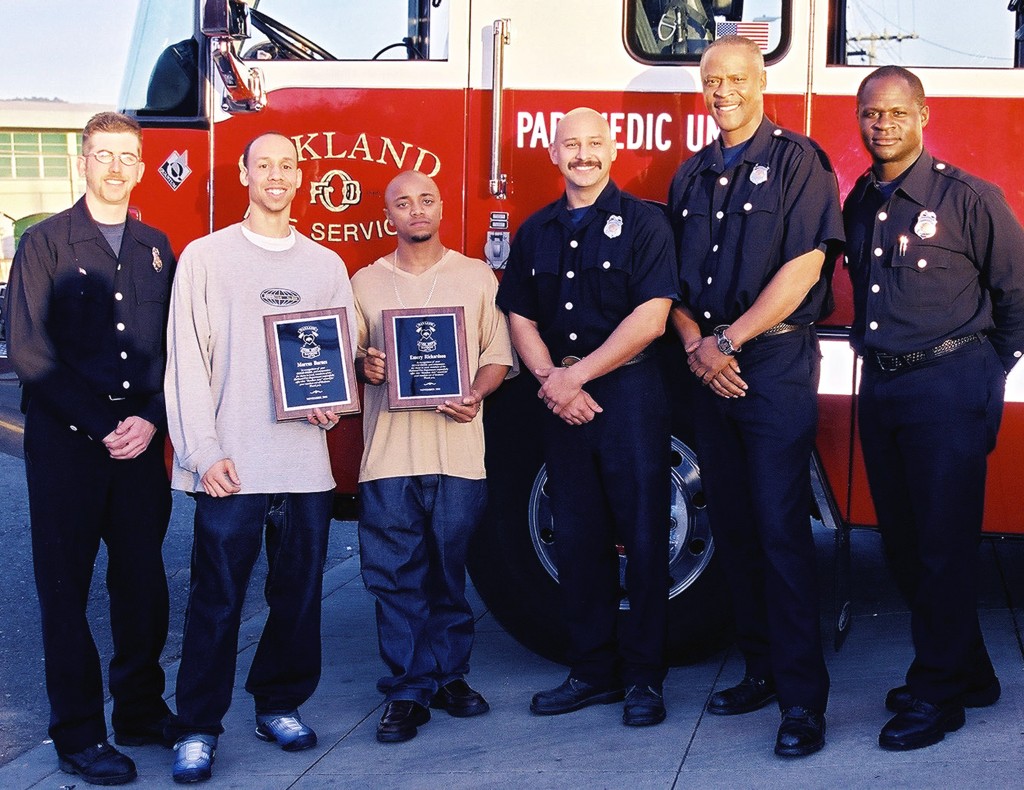 Marcus Barnes and Emery Richardson were walking down the street when they saw a woman and baby in an overturned car in a creek.  They ran down to the car to try to assist.  First, one of them  pulled the baby out of the car laying it on his chest while the other assisted the woman out of the car. 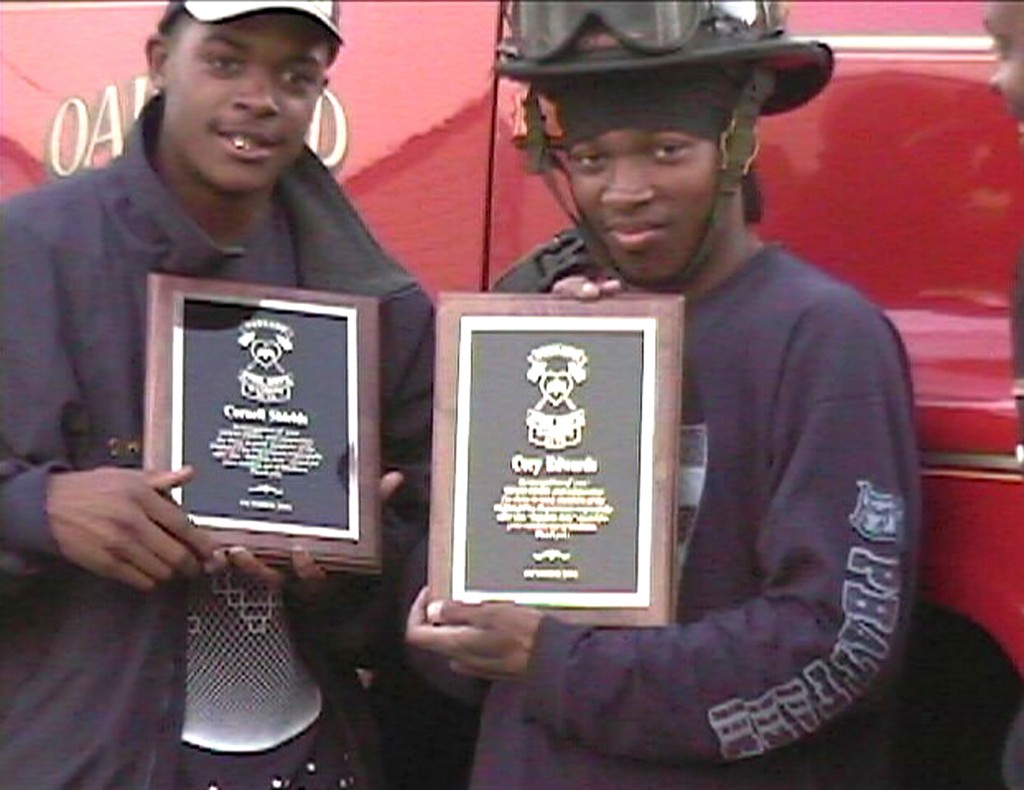 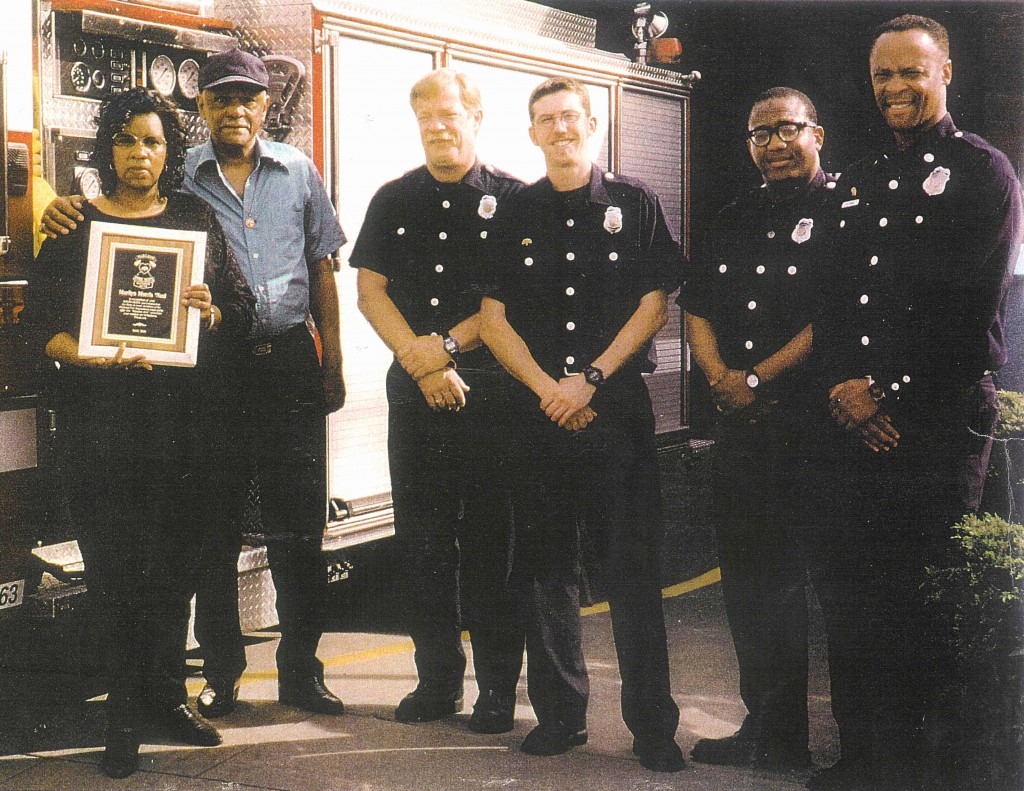 Marilyn Morris was working her regular day shift at the Wells Fargo bank in the Fruitvale district of Oakland.  Suddenly, a man outside of the bank had a heart attack on the street corner.  When Marilyn ran out of the bank to try to assist a crowd of bystanders stood surrounding the man, but no one did anything to help.  As fate would have it, Marilyn had just had a CPR class at the post office where she works the night shift.  Marilyn administered CPR to the man and kept him alive until Firefighters arrived.  Ironically, the man she saved was also a supervisor at the post office where Marilyn worked.